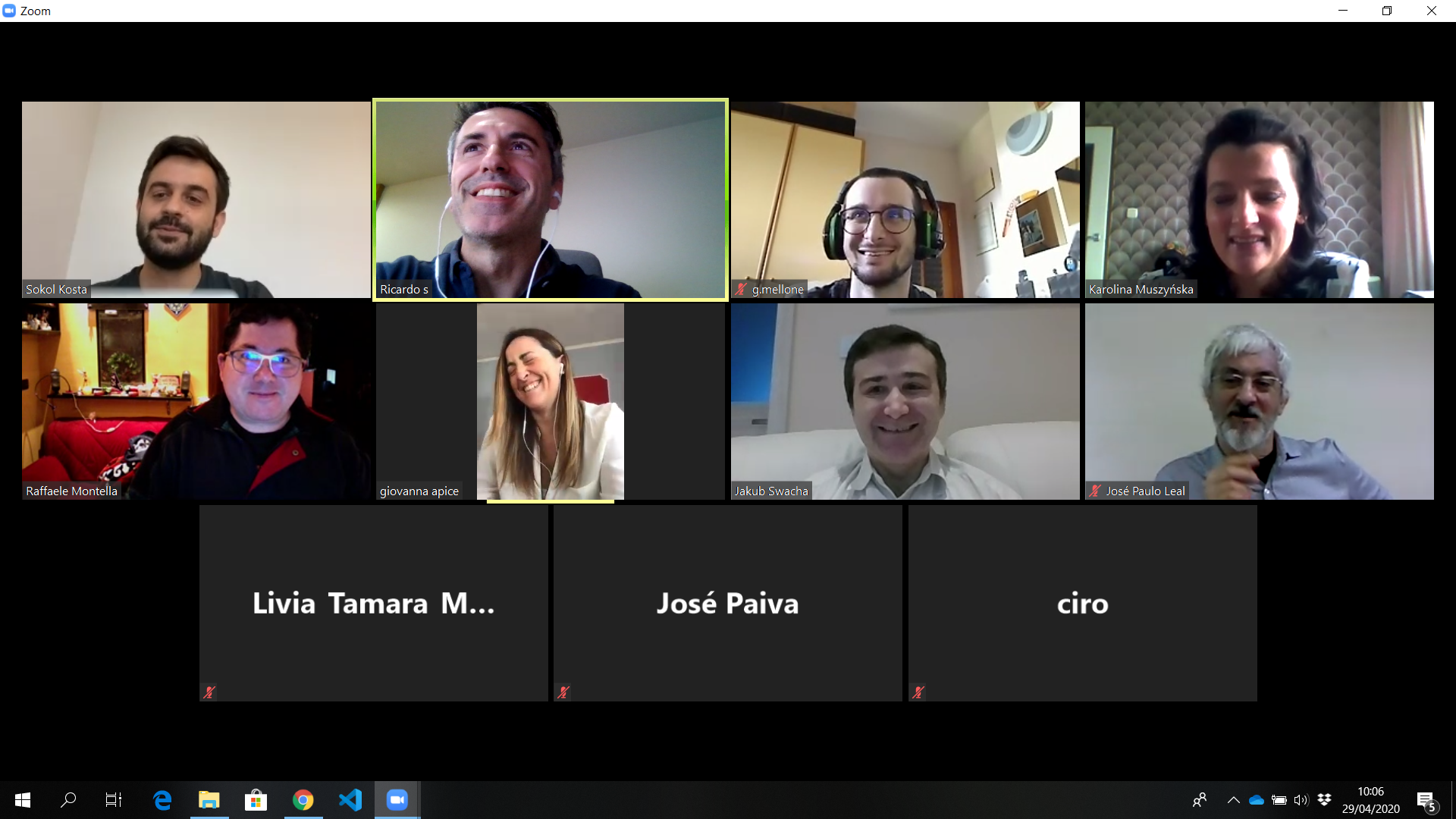 In April 2020, the partners of the FGPE project met at the fourth project meeting, which was organized by the University of Porto. Originally planned to be held in Porto, Portugal, the meeting took place on-line due to the COVID-19 outbreak.

After the welcome speech and presentation of the project status, the results of Intellectual Output 3 were briefly presented by Ricardo Queirós.

Going into details of IO3, José Carlos Paiva demonstrated the AuthorKit, which was later discussed and several design decisions were taken.

Next, the work progress on Intellectual Output 4 was presented and the identified development problems were discussed, resulting in several solutions being agreed.

Then, the prototype of the students’ learning platform developed within IO5 by University of Szczecin team was presented by Konrad Kur and Jakub Swacha. The remaining work on IO5 has been distributed among partners.

Subsequently, the second multiplier event which was held in Copenhagen in December 2019 has been presented by Sokol Kosta.

It was also decided that due to unknown development of the pandemic, the decision about the exact date, place and form of the next project meeting will be taken at the beginning of September.