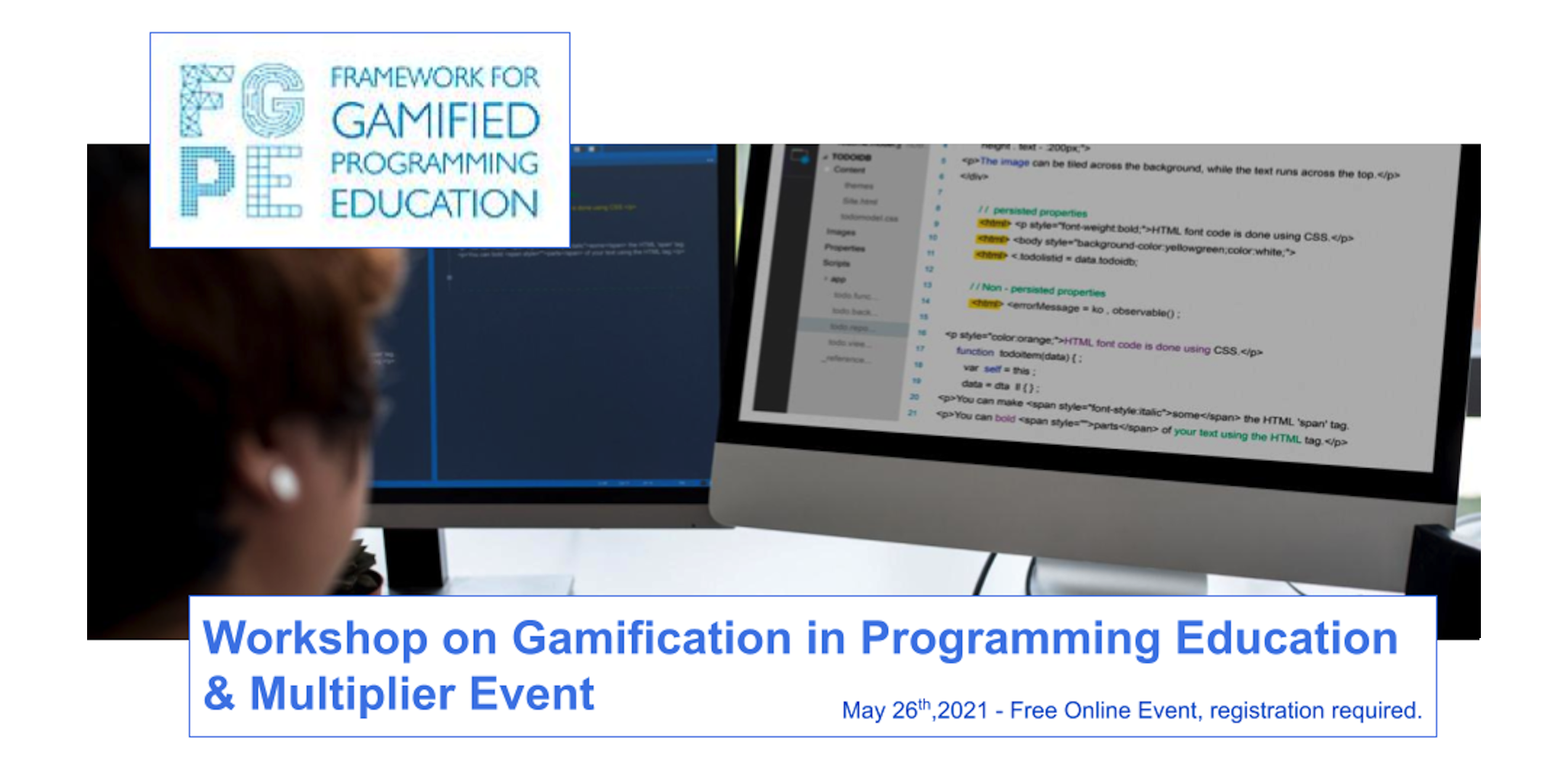 The 4th Multiplier Event of the Framework for Gamified Programming Education (FGPE) Erasmus+ project was held in Naples (due to the COVID-19 pandemic as an online event) on May, 26, 2021.

The event has been opened by the Dean of the School of Science, Engineering, and Wellness of University of Naples Parthenope, Prof. Giulio Giunta. The keynote on Gamification in Programming Education has then been presented by Jakub Swacha from University of Szczecin.

In the next part of the event, five teams of students presented their competing projects. The jury awards were then announced.

The event has then been officially closed by Raffaele Montella.